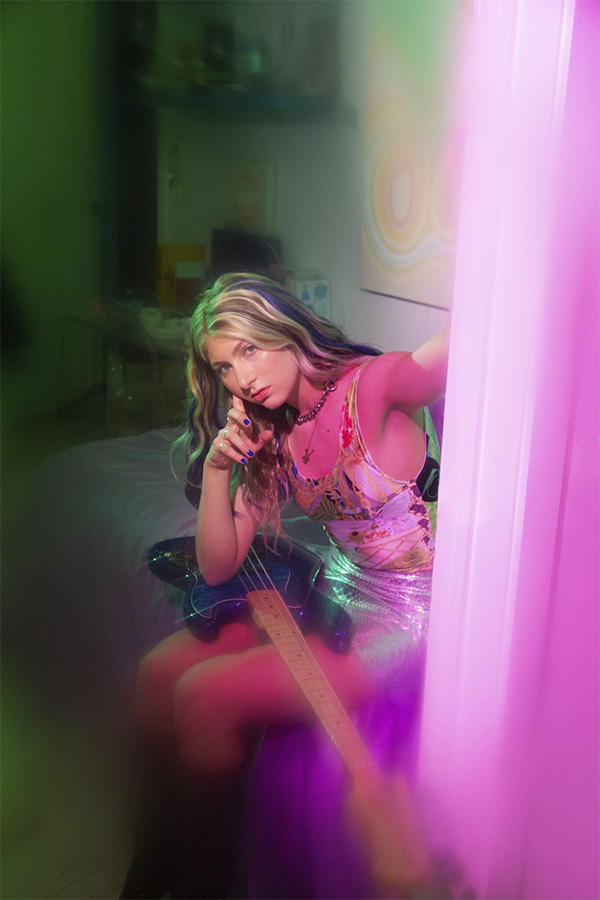 Blu DeTiger is the type of girl that makes kids scream “OMG THE TALENT.” She’s a multi-instrumentalist, singer, songwriter, producer, DJ, performer, bass virtuoso, and so much more.

Born and raised in New York City, she’s been slaying on the bass guitar since she was 7 years old. Not even legally old enough to be allowed in clubs, Blu has been a staple in the New York club, fashion, and creative scenes since she started DJing at the age of 17. As of 2020, Blu’s been a touring member for multiple artists including Caroline Polachek, Fletcher, The Knocks and more. She’s DJ’d internationally and walked in Kid Super’s NYFW show. Her single “Tangerine” distinguished her from the rest with her art pop funky flair.

Blu’s new single “Figure It Out” marks the beginning of a string of new releases from this emerging force of nature.