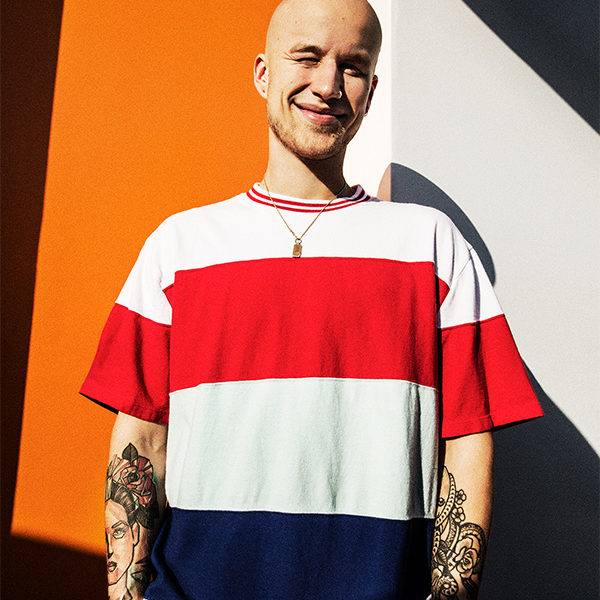 Heavily influenced by his philosophical questioning, Medasin enters the world of electronic music production from his own angle. The “Brilliant Young Man” is a true embodiment of the post-genre era, well-known for his experimentation and exploration of various sound palettes.

In 2018, Medasin released his debut project “Irene” which captivated listeners with its refreshingly unique tracks that quickly landed a number one spot on the iTunes Electronic chart. Over the years, he has garnered a large following through his original tracks and high profile remixes- a testament to his talent and versatility as an artist. Although Medasin claims his favorite place to be is in the studio, he frequently travels the world to perform at many shows and festivals including Electric Forest, Hard Summer, EDC, and many others.

Medasin’s album RIPPLS, out March 6th, sets a promise of being another unique “breath of fresh air” in electronic music. With collaborators like Cautious Clay, Duckwrth, and Naomi Wild, RIPPLS is an audiovisual journey through a lush, video-game-esque universe. Showcasing his evolution as an artist, Medasin truly pulled out all the stops for this album, planning out headline tours with fully original sets and visuals.